New Writing South is pleased to announce a new partnership with West Dean College of Arts and Conservation to ensure that a minimum of 50% of their on- going Writers-in Residence (WiR) programme will be for writers of colour. Booker Prize long-listed novelist, Yvvette Edwards, will be the first writer in residence as part of this new partnership. She will be at the College from Sunday, November 1, 2020 for a week.

Based in the beautiful Sussex countryside, close to Chichester and in the heart of the South Downs National Park, West Dean College runs a number of short and long arts-based courses including an MA in Creative Writing and Publishing.

Mark Radcliffe, Subject Lead for Creative Writing and Publishing says: “West Dean College is working to support BAME artists through residencies, and is proactively seeking initiatives to diversify opportunities for current and future students and for visiting writers.”

Writers on the New Writing South/West Dean Residency Programme will be supported to develop their own creative practice through a 1 week residency providing space and time to focus on writing away from the distractions of everyday life. In addition, writers in residence are offered a £500 stipend.

Potential residents are invited to take up the opportunity following a research and selection process by New Writing South in discussion with West Dean College. Yvvette Edwards was selected to be  the inaugural New Writing South/West Dean Writer in Residence.

Yvvette Edwards says:  ‘I cannot tell you how much I am looking forward to my visit and the opportunity to have some clear writing space and to walk their beautiful gardens, nosy around their grand buildings and meet their creative writing students.’

The two subsequent residents for the academic year 20/21 will be Dagger Award-winning crime writer, Amer Anwar  in January 2021 and poet, broadcaster, novelist and activist, Salena Godden in March 2021.

Yvvette Edwards is a British East Londoner of Montserratian origin and author of two novels, A Cupboard Full of Coats and The Mother, as well as a number of short stories which have been published in anthologies and broadcast on radio. She is particularly interested in writing that challenges the single narrative, giving voice to characters who are absent or under-represented in contemporary fiction.  Her work has been nominated for a number of literary awards including the Commonwealth Writers’ Prize and the Man Booker Prize.

Amer Anwar grew up in West London. After leaving college he had a variety of jobs, including; warehouse assistant, comic book lettering artist, driver for emergency doctors and chalet rep in the French Alps. He eventually settled into a career as a creative artworker/graphic designer and spent the next decade and a half producing artwork, mainly for the home entertainment industry. He started taking writing classes in the evenings and wrote the opening chapters of a novel which he entered for the prestigious CWA Debut Dagger competition, in order to receive his first rejection – only to win the actual award. Signing with an agent, he went on to gain an MA in Creative Writing from Birkbeck, University of London. The book took eight years to complete. After initially being rejected by over thirty publishers, it was eventually published in 2018 by Dialogue Books. Brothers in Blood, Amer’s critically acclaimed debut thriller, went on to be picked by both the Times and the Guardian as one of the books of the year.

The eagerly awaited follow-up, Stone Cold Trouble, was published in September 2020 and was a Times, Observer and Living Magazine Thriller of the Month and a Sunday Times Crime Club pick of the month.

Salena Godden is a high-profile poet based in London. She is also an activist, broadcaster, essayist and memoirist whose work has been widely anthologised. She has had several volumes of poetry published including Under The Pier (Nasty Little Press) Fishing in the Aftermath: Poems 1994-2014 (Burning Eye Books) Pessimism is for Lightweights – 13 Pieces of Courage and Resistance (Rough Trade Books) and a literary childhood memoir, Springfield Road (Unbound).

Her poem Pessimism is for Lightweights was donated to The People’s History Museum, Manchester, where it is now on permanent display. The work was unveiled in February 2020 to mark the museum’s 10th birthday. She has recorded several albums, most recently her spoken-word album LIVEwire (Nymphs and Thugs) which was shortlisted for the Ted Hughes Award.

Canongate pre-empted world rights to her debut novel Mrs Death Misses Death. A documentary following the work-in-progress over 12 months was broadcast on BBC Radio 4. Mrs Death Misses Death has been described by the publisher as an “electrifying genre- and form-defying firestarter.”  – Described in The Bookseller as “an original, exuberant novel, freewheeling from prose to poetry to non fiction…truly one of a kind – don’t miss”, and chosen as a Fiction Editors Choice. Canongate will publish Mrs Death Misses Death on January 28th 2021.

New Narratives: We Need to Change the Stories We’re Telling 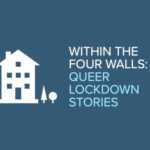