Rob is an award-winning TV and film executive producer. Credits include Casualty, the BAFTA winning Dunkirk, the Grammy winning Peter Gabriel’s Secret World and the feature film Let Him Have It. He has a particular expertise in talent management, gained in the music industry and at the BBC. Rob started his career in the music industry, managing bands such as Gang of Four, ABC, The Human League and Scritti Politti. Switching to film and TV he produced Let Him have It in 1991 and then joined PMI, the TV and video division of EMI Records as Creative Director. From 1999-2004 Rob oversaw the BBC’s talent management division before producing Dunkirk and Casualty for the BBC. Recently he has been developing TV and feature film projects in the UK and USA. 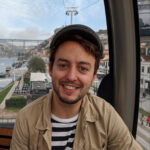