We’re accepting submissions to the TLC Free Read programme until 8 January 2021 – and while we’re open to submissions, we’re catching up with some of the talented Free Reads alumni who have gone on to publishing success. 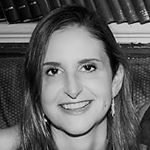 Silvia Sbaraini received a TLC Free Reads bursary through New Writing South back in 2012, for her novel in progress. Gina’s Therapy was published in April 2020 by The Mercier Press and is now available through your local bookseller and online retailers.

Find out more about Silvia Sbaraini‘s writing journey below and visit her website at www.silviasbaraini.com.

TLC Free Reads is open for submissions via New Writing South until 8 January 2021.

Your novel is now out and available! Can you tell readers what to expect?

Gina’s Therapy follows our heroine through a diagnosis of cancer, surgery, chemo and out the other side. Although the subject matter is clearly serious, Gina’s warmth and wit shine through as she reflects on the impact these experiences have on her friendships, family, love life and sense of self.

How long have you been writing, and what got you started?

I’ve always loved writing. It was my favourite subject at school and I completed my first novel in my twenties. Writing for me means many things – it’s a place to make sense of experiences, to bring everything together, rearrange the parts and make them whole. It’s also a place of escape, of entertainment and liberation.

Tell us more about what sparked the idea for your book – and what was your experience of the writing journey, from initial idea to complete manuscript?

The journey from first word to final draft was quite a long and difficult one. In fact, a book I wrote after Gina’s Therapy was actually published before it. I started writing Gina’s Therapy in 2004, the year after my grandmother died, whom I missed immensely. The grandmother-granddaughter relationship is central to Gina’s Therapy and I think it partly took me so long to write because I didn’t want to say goodbye to that, for the exploration of that relationship to end. A hugely significant step was signing with an agent who really loved Gina’s Therapy, believed in the novel and championed it.

What writing tips would you give to your past self, if you could go back in time?

This is quite difficult because you change and your writing changes. When I was younger (I’m 50 now) I felt much more compelled to write – it really helped me psychologically. Nowadays, I feel less compulsive about it and writing is ‘easier’, perhaps also because I’ve done it for so long. You have to accept that your work will be criticised and rejected. It’s extremely hard to avoid this, but try not to become fixated on being published or, if you’re studying creative writing, the mark you receive for a particular piece of work. Try to maintain a belief in the value of writing for its own sake. That said, knowing my work would be published and find an audience would have been wonderfully encouraging when I was starting out (but, of course, no writer can know this for certain). Also, times have changed: if you’re having no luck finding an agent or a traditional publisher, you could consider independent publishing. There are many organisations and resources out there to help you get started with this, but you do need a tremendous amount of self-motivation and time to independently publish to a professional standard and to find an audience.

You were awarded a TLC Free Read through New Writing South, a programme which offers writers in-depth feedback on a work in progress. At what stage in your writing process did the Free Read happen, and how was it helpful to you?

The Free Read provided feedback on a completed manuscript, so Gina’s Therapy was finished, but it was to go through many more drafts (little did I know this at the time!). It was very helpful to have an industry expert give feedback on the whole novel and to help me understand what genre it fitted into and how further editing could improve it. It was also very validating for NWS to want to support my writing in this way. When I received the Free Read, I had had some short fiction published and had completed an MA in Creative Writing, but I didn’t have an agent or a novel published. The Free Read was another little milestone on my writer’s journey, and a very positive influence.

What was the most valuable piece of feedback you had from the TLC Free Read report?

It reported that the book had a ‘flabby middle’, which I have to say I identified with in more ways than one! This really highlighted the importance of thorough, ruthless editing, in order to maintain the reader’s interest. Every page, every word even, should to earn its place. That was an important lesson. The critique was both positive, but also constructively critical, a balance I also try to achieve when giving feedback on my students’ work (I teach Creative Writing for the Open University).

Have your launch plans been affected by the global pandemic? Have you done any launch events online as a result – and if so, what was it like launching a new book in the digital world?

Yes, plans were very much affected by Covid. Gina’s Therapy was released in early April and the launch in a bookshop was planned for later that month. Of course, the physical launch had to be cancelled. Although available as an ebook, for much of lockdown the paperbacks were stuck in a warehouse and unable to be delivered. Thankfully, things are much more back to normal now, but these have been quite devastating times for booksellers, publishers and distributors. Still, people apparently read more during lockdown – I know I certainly did.

I also write under the name of Silvia Forrester and at the moment I’m working on a book called Pure Magick. It alternates between three different character voices. First, there is eighty-three-year-old Kiki, who is a clairvoyant, herbalist and tarot reader. Then there is her estranged and rather acerbic son, Edward (they’re estranged because he’s written her off as a mad old woman). And, finally, Kiki’s daughter-in-law and Edwards’s wife, Emma, who is desperately in need of a mother figure when she discovers she’s pregnant, her own mother having recently passed away. I really enjoy shifting perspective between the characters, it’s very invigorating to write. I also love the way that writing fiction allows you to explore something from all angles, showing that there aren’t necessarily fixed rights and wrongs, even though the characters, of course, believe that there are.

Free Reads is a free manuscript assessment scheme for talented authors on low incomes. It is specifically for writers who would have difficulty meeting the standard TLC cost and who would benefit from professional assessment.

Find out more about Free Reads.

This year’s Free Reads programme is open for applications until 8 January 2021.