In this interview, the first in a new series on SPOTLIGHT authors, we speak to Elizabeth Ridout, whose poetry collection Summon is published by Myriad Editions.

Spotlight Books is a collaboration between Creative Future, New Writing South and Myriad Editions to discover, guide and support writers who are under-represented due to mental or physical health issues, disability, race, class, gender identity or social circumstance.

See all interviews in this series.

What are the challenges of your own life experiences, and do these present in your writing, as concerns, themes, ways of thinking about writing?

I think that the challenges of my own life experiences have actually enriched my writing, not necessarily in terms of determining the content of it, but by giving me a form of liminal space from which to explore different voices and examine the edge of experiences, or the experience of those things and people at the fringes of things. In various ways, the world that we live in today is a bipolar one – socially, politically, and morally – and sometimes that is liberating and sometimes that is frightening. Both freedom and fear are necessary in order to write and reflect different views on what reality is, and even though it may be an uncomfortable place to inhabit at times, I’ve always felt the ways my mind works and the emotional intensity at which I live my life does give me this kaleidoscopic view of the world, which enables me to make familiar things strange, sometimes for the better and sometimes for the worse! I do think that writing is one of the most powerful forms of metaphorical exorcism there is – driving out all those demons, bloodletting lines of poetry or lyrics or voice, and I think I see my writing as an attempt to purify things going on in the world and in my own head – which is why I am drawn to poetry, which is all about the power of purifying experiences and feelings into our messy human words. Having said all that, I do feel it is incredibly important not to pigeonhole or restrict the lens through which work is viewed – a piece of art can be imaginary but have a strong personal and political voice, and a personal account made into a piece of art can have a strong thematic and social voice as well.

Is there a writer you particularly admire, and what about it is powerful to you?

I really love artists and writers who go out and disrupt and disturb the status quo. I’ve always really loved the idea that ‘art should comfort the disturbed and disturb the comfortable’, and most of the writers I particularly love do this with huge grace. I love Sylvia Plath and Patti Smith so much I have tattoos of them both.  Kate Tempest, John Cooper Clarke, William Burroughs, the Beats, Carol Ann Duffy, Stevie Smith, Ginsberg, Ezra Pound, Rimbaud, Audre Lorde, Zadie Smith, Anne Sexton, Rumi, Genet. Shirley Jackson, Frieda Hughes, Leonora Carrington. To be honest, an awful lot of my inspiration comes from rock music and lyricists – I would like to be able to write the way Janis Joplin sings. Kate Bush, Jim Morrison, Joni Mitchell, Bob Dylan. I am a Bowie obsessive – I have a Bowie tattoo as well! The most powerful thing in the world to me is the ability to express yourself without fear of judgement, and all these people have this in common in their writing and their personas.

At the moment, I’m working on getting pieces together for my next poetry collection, which will be based around different ideas about metamorphosis and transcendence. I’ve also very excitingly properly begun my first novel, The Samothrace Project, about the formation, corruption and disintegration of a women-only cult in dystopian Britain. I’m writing it woven within the contents and instructions of the cult’s handbook, which is a fantastic challenge that I’m really getting into, so watch this space!

What made you apply for the Spotlight Books project and how has it had an impact on you?

Three big factors – I had been really ill for a long time, and a lot of the self-destructive and scary stuff that came out of that had meant that I had always felt I had never felt able to make the most of any of the opportunities that had managed to come my way through occasional luck or almost always very hard work. I had done a lot of things which had made my life very difficult and frightening in parts and had an awful time finding mental treatment and help that worked for me. I finally found a more stable way about two years ago, which was partly due to the second factor, meeting my partner, who is a musician and was incredibly supportive and encouraging of my creative work in a way that my previous relationships had not been. The third factor was feeling that I was finally ready in a way I had not been before to actually tell stories – I felt able to speak out, which I had been unable to when I was not properly treated. I also didn’t have any money (poets never have any money, so no surprise there) and the fact it was freely accessible to me was just so incredibly wonderful. I really loved the Creative Future team, having won an award with them two years before, and I knew the fantastic support and work they bring to others and might help bring to me. So I submitted. When I found out the outcome, I was so happy for my childhood self – that little girl who was so desperate to be a writer but lost the ability to think she could. It’s been just a dream come true, and I am so honoured to be part of such an amazing series, particularly as the line-up are all women writers. It has also made me feel I can go forward into the writing world with support and advice, and that I can really begin to fulfil myself as a writer.

See all interviews in this series.

Elizabeth Ridout has published her poetry and reviews in Agenda, where she was recently Broadsheet Poet, and in various other publications online. She studied English Literature at Oxford University, and she won a Creative Future Literary Award in 2017. She lives in Tunbridge Wells. 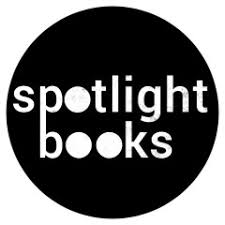